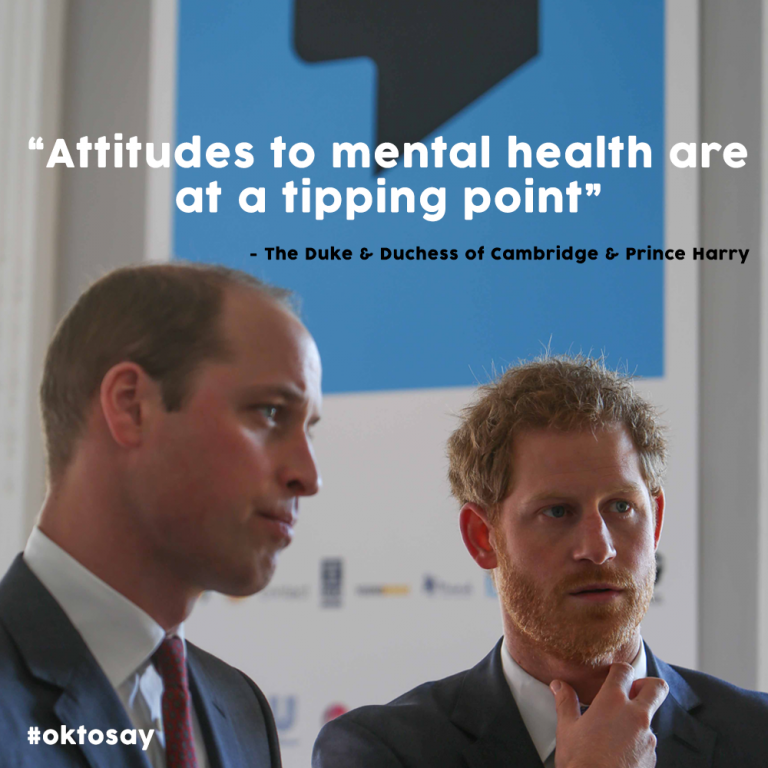 The Duke and Duchess of Cambridge launched a campaign called Heads Together to open up conversations around mental health and help end stigma. Now, they are launching a 10-part film series showcasing the perspectives of different individuals and discussing their mental health was life-changing.

The Duke and Duchess of Cambridge and Prince Harry said:

“When you realise that mental health problems affect your friends, neighbours, children and spouses, the walls of judgement and prejudice around these issues begin to fall. And we all know that you cannot resolve a mental health issue by staying silent.”

Take a look at the #oktosay film series and the latest film with Stephen Fry below.